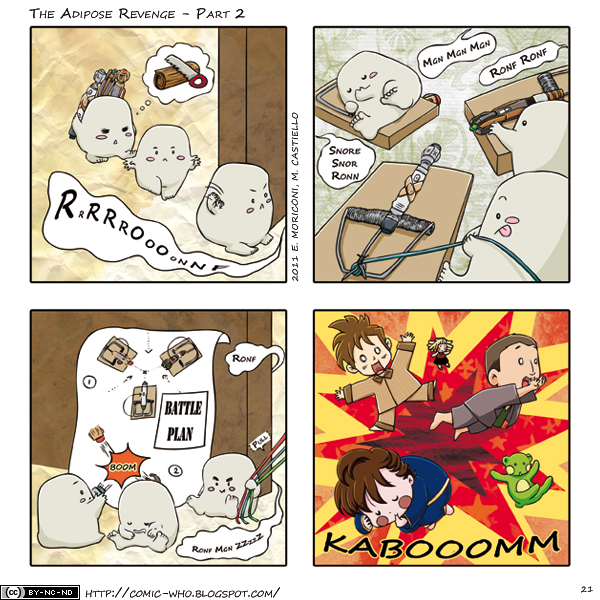 Poor little Adiposes, so soft and so tender, but now it’s time for revenge! The Doctors will not sleep soundly anymore.

When the Adiposes appeared for the first time, Tenny discovered what happen if you fire two screwdrivers aimed one against each other… Now they know… and they are angry… Well, maybe I have to rename this strip as Angry Adiposes, and maybe realize a game for mobile platforms 😀