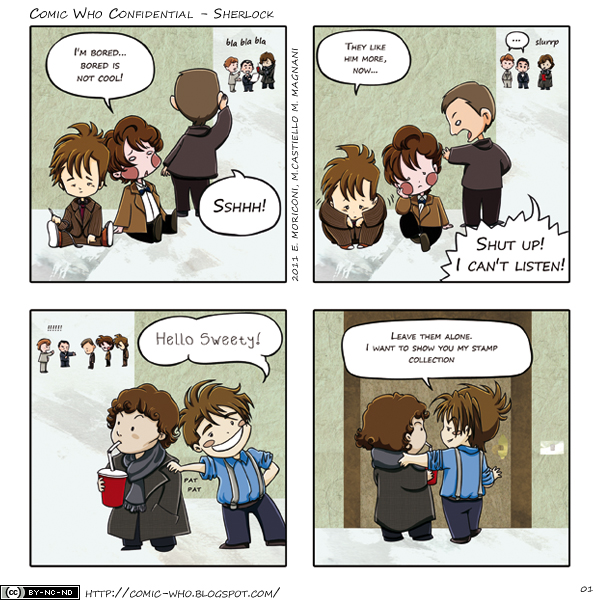 We love new adventures and we want Comic Who to never get old, so, as we announced, today we are going to introduce a new series of strip.
Every Doctor Who episode is always followed by a Doctor Who Confidential, a sort of documentary with the making of the episode and some other cool stuff. We would like to do a very similar thing. Once a month (the last monday) we will release a special strip with backstages, making of, interviews, outtakes and many more. A joke in the joke, let me say.
So please welcome the Comic Who Confidentials! This first strip is also my first collaboration, infact this story is based on an idea of Michela Magnani, a friend of us who wrote the script with me. It is also our first cross over and my little tribute to the recently closed contest (yes, we still have Jack in this strip 😀 ).

As I told the Comic Who Confidentials are inspired by backstages and who is the man behind the stages? Obviously we are talking about Steven Moffat who recently (well, last year) started to produce a new series with Mark Gatiss: Sherlock. But how the 3 doctors react to the new Moffat’s pupil? Let’s see!