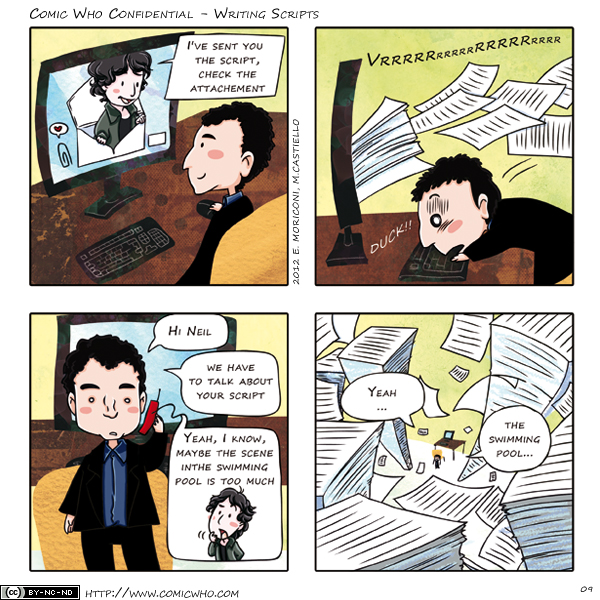 It’s time for a new Confidential. Sometimes the great problem writing a script is to be synthetic. We receive a lot of script from our followers and some of them have this kind of problem, so I’ve imagine that people who are used to write a lot would have the same problem on a greater scale. And what would happens if one of the greatest writer of our time write a script for one of the best TV sci-fi series? This is a hypothetical conversation between Neil Gaiman and Steven Moffat about the script of the Doctor’s Wife.